Whether MIC won by fair and free means is another story altogether.

But they sure had some ploys up their sleeves.

Donplaypuks, for instance, believes that the Maika (subsidiary of MIC) share sale is an election gimmick.

Read his letter to mKini HERE.

Even if MIC may have won the election in Hulu Selangor, I still find it completely irrelevant.

Email ThisBlogThis!Share to TwitterShare to FacebookShare to Pinterest
Labels: Elections

BN Leaves A Mess, As Usual

It's not like there were heaps of BN supporters.

There was just a handful. 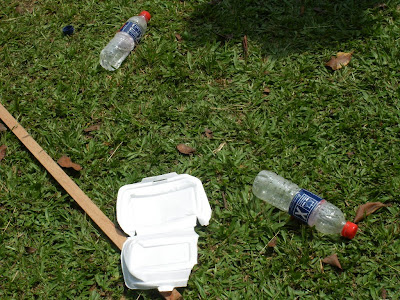 And yet, between them, they managed to leave a mess behind. 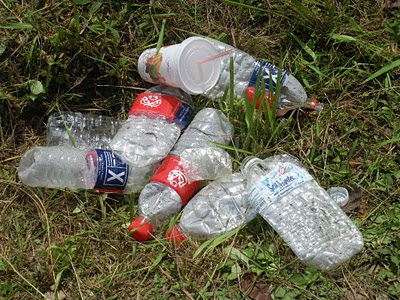 I'm also guessing I picked up the tab for the unnecessary BN label on the mineral water.
By Crankster at 21:59 4 comments: 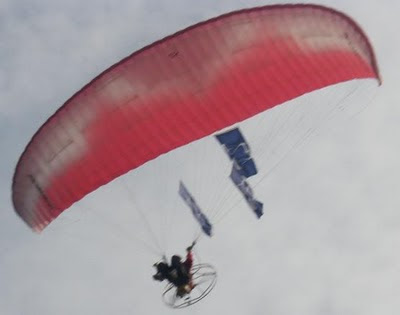 I really don't know what the BN government was trying to achieve with this stunt.

Frankly, this is merely advertising that our tax money is being wasted for BN propaganda and campaigning machinery.

It's generally not a good move, especially during the tax month of April, when we are sorely reminded of how much tax we pay and how little we get in return.

Thanks to our money being wasted through the funding of stunts like this.
By Crankster at 19:18 3 comments:

Who Will The Malays Vote For?

In its divide-and-conquer approach to politics, UMNO has always intimated that the Malays and non-Malays are at loggerheads with each other.

Therefore, they need all those silly little worthless organisations with cute-sounding names like PERKASA, PEKIDA and what-not to create sensation and controversy to alienate the Malays from the non-Malays.

But more often than not, it actually doesn't. Malaysians aren't that stupid. At least, not anymore.

The nomination day in Hulu Selangor was an eye-opener to me. 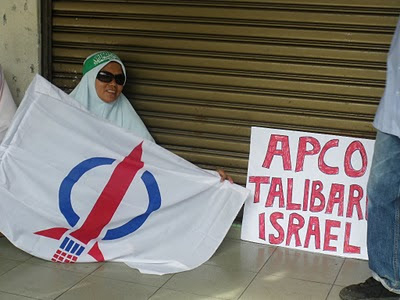 Since ages past, DAP has always been portrayed as a sino-centric party. The Malays regard DAP with no small amount of suspicion. Heck, even *I* think DAP has Chinese interests first-and-foremost, sometimes.

But meeting this Malay woman from PAS holding a DAP flag showed me that there are Malays who actually support DAP!! Actually there were quite a few of them who were holding DAP stuff.

So take that, UMNO!! 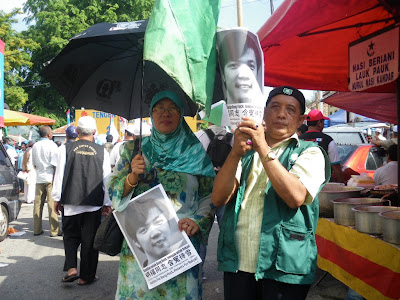 This couple was very passionate about Teoh Beng Hock and the circumstances in which he died. They were not the only ones.

In spite of the mainstream media attempting to disgrace the late Teoh by emphasizing that he had a child out of wedlock, even the older, more conservative people were determined to stand by him. 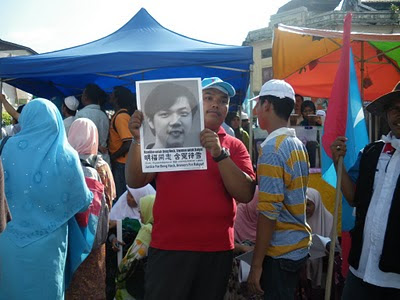 For all they say about this country being polarised, the Malays are standing up for the fundamental rights of the Chinese and Indians.

I've lost count of how many Malays were carrying Teoh Beng Hock posters.

So if PERKASA and UMNO are going to claim that they are the sole champions of the Malay race, they may be talkin' to the hand, for the brain ain't listenin'.

MIC's Kamalanathan seems to be pandering to the Malays - the news on the ground is that he won't be getting the Chinese and Indian votes.

Who will the Malays of the constituency of Hulu Selangor vote for?

But if you think racial sentiments are the only way to attract their attention, you might want to think twice.

Watched From Up Above

There was a huge crowd at Kuala Kubu Baru on Nomination Day for the Hulu Selangor by-elections.

We had arrived before 8:00AM and there was already a huge crowd and a massive traffic jam in a small town that was not designed to cope with a sudden surge in numbers. 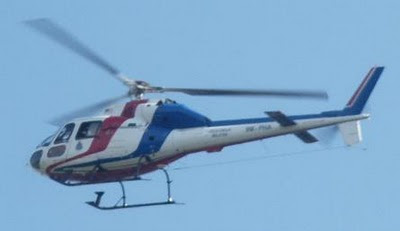 Of course, we were watched from the air.

At least 2 helicopters hovered and circled over us as (I presume) the government tried to gauge the number of supporters for each party.
By Crankster at 18:07 No comments:

I had lunch yesterday with a good friend who was lamenting to me how the "stupid" Thais had ruined her opportunity for a business trip to Bangkok.

Like every other Malaysian, politics don't feature prominently in her list of priorities. Complaining about injustices certainly rank very highly.

That indeed, is the trademark of the average Malaysian - to expect someone else to fix national issues because "nothing can be done" and "peace is paramount" - evidently, even over justice. 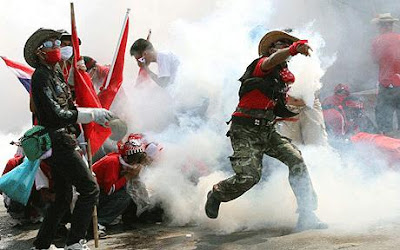 So I found myself actually admiring the Thais for their courage and passion to take to the streets and fight for what they believed in.

I wonder what it is about the Thais that make them so different from the Malaysians. We share the same border, and consequently, the same sea. In fact, I suspect we also share the same genetics, for the most part.

And yet, the Thais have more courage to hold their ground and refuse to be bullied.

Meanwhile, we cower away at the merest suggestion of unrest. We laud 'peace' and 'harmony' as our greatest traits, as if we possess no other.

In failing to stand up for our rights, we wonder why some of us are treated like second-class citizens.

Haris Ibrahim poses some very painfully direct questions at those of us who have stood around and done nothing.

The sad question is, did our forefathers cross oceans and seas to come to this land, give so much of themselves to build the early infrastructure and lay the foundation for a budding economy, only to have their progeny treated as second class citizens in that same land?

In our silence and grin-and-bear-it attitude, we make a mockery of their efforts and dreams.

You and I know that on the issue of the NEP, Najib is merely lubricating his jaws with saliva.

But here are some thoughts on the issue of affirmative action, which is a huge portion of what the failed NEP was all about.

Malaysia's prime minister, Najib Razak, is in the process of overhauling what is likely the world's most extensive and intensive affirmative action program, called the New Economic Policy, or NEP.

First instituted in the early 1970s, the NEP was designed to expand the role of the impoverished Malay community in the national economy. The Malays represent the majority of the population, but back when the NEP was launched, Chinese immigrants and foreign firms owned the vast majority of the country's assets.

To fix that, the Malay-dominated government adopted all kinds of rules and regulations that gave special perquisites to Malays. Malay-owned companies received preferential treatment when bidding for state contracts, for example, while the government mandated Malay investors receive 30% of initial public offerings on the local stock market. It was an amazing experiment in social reconstruction.

We have made it on the NYT for all the wrong reasons - yet again.

KUALA LUMPUR — Through most of their 17-year marriage, M. Indira Gandhi says she and her husband observed rituals that she considered integral to their Hindu faith. Each morning they would pray before a shrine and on Fridays they would fast. During festivals they donned brightly colored, traditional outfits to attend their local temple.

Those were traditions Ms. Gandhi assumed they would be passing on to their three young children.

But nearly a year ago Ms. Gandhi was stunned to discover that her husband had converted to Islam. Her surprise turned to anger when she discovered that, without consulting her, he had also converted their children.

Read the article in its entirety on the website.
By Crankster at 20:00 No comments: