Malaysia is beginning to look bad.

Of course, some may refute my statement and say that it's always looked bad in the eyes of the world. But you've got to remember that human beings have short memories and in politics, things change in the blink of an eye.

As an example, Madey has been speaking out against the internet block on The Malaysian Insider, to the extent of comparing it to North Korea.

I totally support his views, but it has not escaped my attention that he was the one who began the decline of our civil liberties. It is notorious behaviour for someone who was alleged to have left the political stage over 12 years ago.

I find it particularly amusing because you and I both know that he still holds political sway and his views will not get him arrested or roughed up.

And yet, he's not the only one. Good ole Fahmi Reza has been making headlines again for his portrayal or Najib as a clown, not just in Malaysia or on Facebook, but on Slate, which is a somewhat progressive, left-wing American magazine.

I can understand why Slate is intrigued. America is not without its own issues.

For a country that waxes lyrical about freedom, authoritarianism is becoming vogue in America. A great deal of that explains why Donald Trump, who no normal person should take seriously (even if he, on a rare occasion, makes good points) as a person, is so popular.

Authoritarianism is not a new, untested concept in the American electorate. Since the rise of Nazi Germany, it has been one of the most widely studied ideas in social science. While its causes are still debated, the political behavior of authoritarians is not. Authoritarians obey. They rally to and follow strong leaders. And they respond aggressively to outsiders, especially when they feel threatened. From pledging to “make America great again” by building a wall on the border to promising to close mosques and ban Muslims from visiting the United States, Trump is playing directly to authoritarian inclinations.

I am surprised that the West; people who claim to be civilised and democratic, are turning away from the values that they once held dear.

They are adopting a barbaric way of life, which we assumed they had shed a century ago. Who would have thought the KKK are alive and strong today - and in modern California, of all places?

It is becoming starkly obvious that the American economy and civilisation is at the end of its cycle. Some new superpower will assume the mantle. People predict it will be China, but who knows for sure?

It's startling, but as a Malaysian, it's also exciting.

One of the most depressing stories of Malaysia that still haven't been resolved, is the story of Taib Mahmud and his powers around the world.

Rewcastle-Brown has this piece about the empty promises of reform with regards to land appropriation. I confess that I am unable to believe that anyone in Sarawak has the power to stop this revoltingly profligate family.

It needs to be a collective effort by the whole of Malaysia (not just the activists), and we really need to start taking an interest.

Forget about the fact that our natural resources need to be protected, and logging does just the opposite by destroying our beautiful forests.

Forget about the fact that the most vulnerable people in our nation are being exploited because they do not have a voice.

These thugs should never be allowed to bully their way around like this.

In 2011, I wrote a piece in support of a petition to the FBI in Seattle. This is because the FBI rents office space in the Abraham Lincoln building in Seattle. 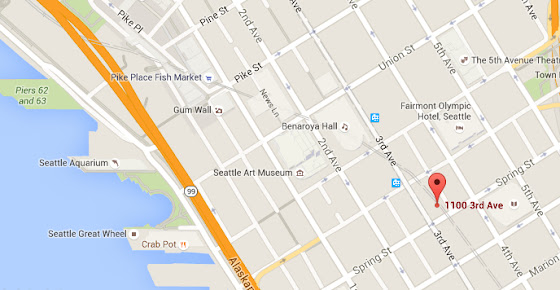 You probably have guessed where I am going with this: Yes, Taib Mahmud family owns the Abraham Lincoln building in Seattle through this inconspicuous company called Wallyson's Inc.

If I didn't hate them as much as I did, I would applaud them for their ingenuity.

Think about it: they constantly need to move the money obtained from the illegal land-grabs, so they buy an entire building. But they administer it from a distance, so they hire a small staff of 3 full time employees, purportedly generating an estimated $270,000 in annual revenue.

Knowing that there would be pesky Malaysians in Seattle who would protest outside its office, what do they do? They rent it out as cheap as possible to a government agency (where budgets are always minimal); in this case the FBI.

Now they've got the FBI protecting their property, while still paying them for office space.

After travelling as much as I have, it is clear to me that crooks will thrive all over the world, because people have their own priorities.

For the FBI, renting office space from a bunch of Malaysian thugs is not a matter of high consequence.

We Malaysians have to put right what is wrong, not expect someone else to do it for us.
By Crankster at 10:50 No comments: 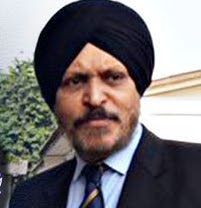 Apparently, there is a new top cop on the block.

He's been raising attention not just because he's a third generation cop, but also because as KL police chief, he is the first Sikh person to be appointed to this position.

He is also the first Sikh to be ranked as Commissioner of Police.

This new role takes effect in the middle of March.

Congratulations may be in order, but I would prefer to bid my time in order to find out whether he is more likely to reduce the crime rate, protect KL from terrorist threats (as of today, there has been yet another warning, this time from the Australians), or spend his time chasing after university undergraduates for offending some politician's sensibilities.

The challenges of protecting Kuala Lumpur are no longer what they were 30 or 40 years ago. The population has increased, and Malaysia's role in the world has also gained eminence, believe it or not.

Despite the stupidity that Najib and co inflict on our senses, there are still respectable business people and scientists/researchers out there that put us on the map.

We also have a high immigration rate now, so a bit more policing is expected.

Perhaps cutting out corruption in the police force would also be a good idea.
By Crankster at 12:42 No comments: