I doubt this is something many Malaysians are aware of, but the tourism board of Malaysia has some aggressive advertising campaigns put in place to attract visitors to our country. 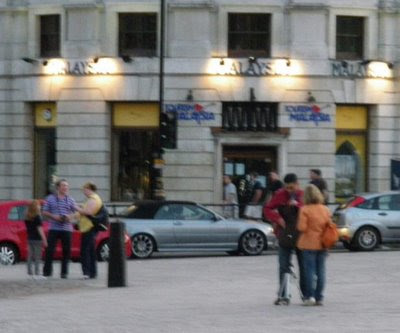 I don't know if it works, but the thought is commendable.

If only the government doesn't keep shooting itself in the foot by arresting peaceful protestors and indulging in nasty scuffles with innocent citizens, more people might be inspired to pay a visit.

Somehow, when images of black eyes, stories of blown up Mongolian models and speakers being forcibly removed from their chairs in Assembly make their way to the newspapers, people do not feel too eager to book a flight for a week long holiday in a country with dubious reputation.

I assure you it was purely by accident, but I managed to capture the very epitome of London in one shot. 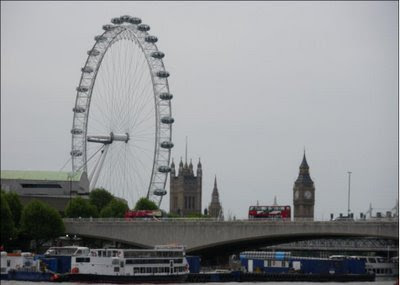 The London Eye overlooks Big Ben while the Thames flows along quietly. A double-decker trundles away inconspicuously.

I am inordinately proud of myself, though I know I needn't be. :)

London was a practical lesson on the freedom of expression. It appeared to me that people weren't exactly reticent in expressing their views at all.

Just next to the Westminster Abbey, supporters of the suppressed Tamils in Sri Lanka make almost daily protests, chanting for hours on end and waving banners urging the West to intervene. 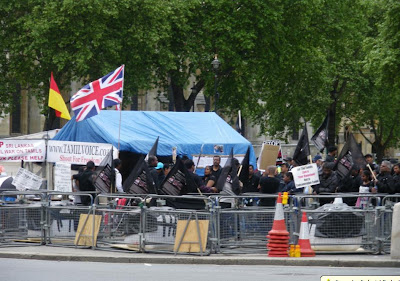 The supporters of Palestine are not to be outdone by the Tamils. They're making their presence felt at Whitehall, just outside Downing Street.

And believe it or not, there were no riot squads brandishing tear gas cannisters or waiting to spray chemical-laced water on protestors. 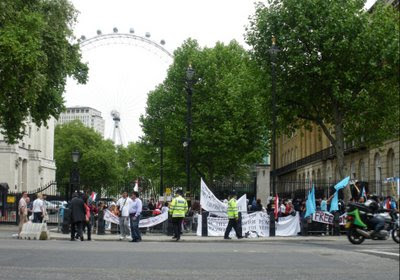 But if you had nothing to protest about but plenty to say, you could always find yourself at Speaker's Corner in Hyde Park. 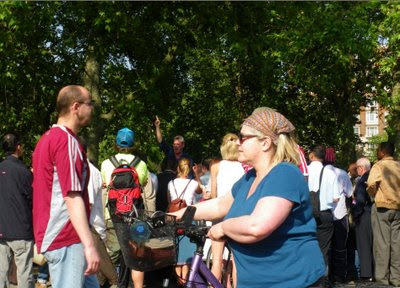 You could choose to listen to the hellfire and brimstone preachers and argue with them.. 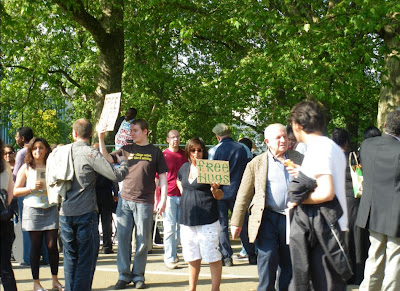 ... or you could just get yourself a free hug.

It's Gradual, Of Course

RPK has this piece about frogs.

And it's not about the political turncoats who calmly defect to another political party upon being offered something more "lucrative". 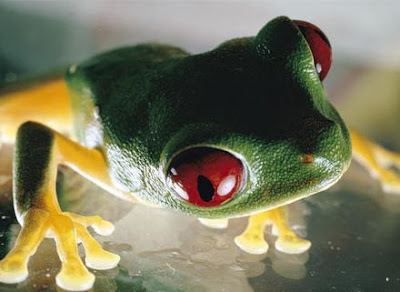 Oh no, not this time.

This time, it's about the common Malaysian. And the gradual erosion of our rights, which we never notice, simply because it's so .... gradual.

An old folks tale has it that if you put a frog in a pan of cold water and raise the temperature ever so slowly, the gradual warming will make the frog settle down comfortably - until it eventually cooks to death.

Which is pretty much what's happening to us Malaysians, who seem blissfully oblivious to the significance of politics in our lives, and the necessity in placing an active role in it.

To be fair, quite a few other bloggers have brought up the average Malaysian's apathetic attitude towards politics. Zewt spins us a story about a man who thought that as long as he had money, he'd never suffer the consequences of a poor administration.

Parents tell their children that if they studied hard and got good results, they would get a scholarship to pursue their choice of career.

But that only works out when you have good governance and a fair administration that is transparent and is not corrupt or does not discriminate.

So yet again, top scorers discover that PSD scholarships are not guaranteed. Even if they deserve it.

But then, they only have their parents to blame. For they thought that minding their own business and shunning politics was a wise course of action. 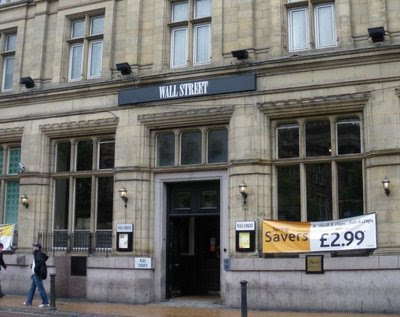 To cope with the credit crunch, throw in a Spring Saver deal. 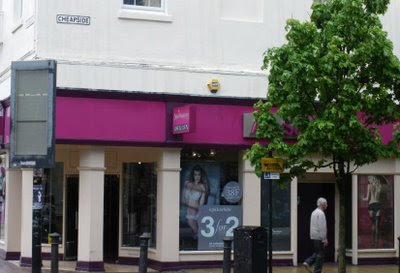 My mother would wager that it was called 'Cheapside' because of the revealing clothing worn by the undergarment models.
By Crankster at 19:56 2 comments:

I'm always impressed when Malaysian news hits the New York Times as it has, regarding the power struggle in Perak.

I'm also pleased to note that there are judges who have not been bought over by the ruling coalition, better known to Malaysians as UMNO.

Rightfully, there should be new elections.

But as even the NYT concedes, UMNO does not want to suffer yet another sobering defeat at the hands of the public:

Mohammad Nizar Jamaluddin, the chief minister reinstated by the court, hailed Monday’s decision as “a historic day for all who love democracy.” He said he would ask the Sultan of Perak for new elections, which the coalition has resisted. Over the past year, they have lost four out of the last five parliamentary and state by-elections.

UMNO is so unpopular that even a racial riot won't work.

So defections are their last option at staying in power. And desperately, they clutch at straws.
By Crankster at 12:24 No comments: