On The Subject Of Paying Tax

Who are the true patriots?

This is in response to the Prime Minister who first brought up the topic of patriotism HERE:

Instead, Najib described paying taxes as patriotic since an increased government revenue would be used for infrastructural growth, for example.

With such treasonous acts, he is in no position to talk about patriotism.

I heard the first rumblings of dissatisfaction on Facebook about a month ago. Friends were aghast that their assessments had suddenly spiked with no warning at all.

It is natural that property prices would go up, especially at the prime areas of Kuala Lumpur, which is a vibrant and attractive city. 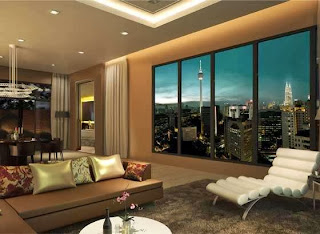 But there is no legitimate reason why it should have increased by such a high percentage -- more than 100% in some cases! Also, not all KL property is posh and new.

No bones about it, the federal government is out to tax the citizens of Kuala Lumpur for what it's worth. Bear in mind, the majority of KL voted for the Opposition, and not for BN, knowing how corrupted and worthless BN is.

This is the best way that BN can punish the urban voters -- by hitting at their pockets.

Apart from stupid remarks from ministers like, "Take it positively that your property value is higher", little else has been done. Boring, insignificant and irrelevant anecdotes like a minister's wife owning a penthouse and other properties in and around KL and having to pay for it has been bandied about.

I couldn't care less about a BN minister (or his wife), and neither can most KL citizens.

So 11 MPs were tasked with sorting out the issue with the federal government.

But this is how sneaky the government is: they made the MPs sign into the official secrets act, which means divulging any information regarding this fiasco to the public would make it a criminal offence.

So we're back to square one here.

The question is: will people submit to the bullying tactics of the BN government and choose to vote them in at the next General Elections (like East Malaysians perpetually do), or will people stand up and fight back?

Email ThisBlogThis!Share to TwitterShare to FacebookShare to Pinterest
Labels: Corruption

What Is Causing The Upward Spike In Crime? 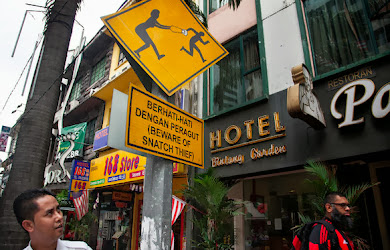 It's not snatch thieves that you have to be worried about these days.

It's the far more violent robberies where the perpetrators don't hesitate to kill.

Everyone knows someone who has been affected in some way. Gone are the days when you had to worry about pickpockets. I still maintain a clear distance of everyone who walks past me.

But even sitting alone in your car, waiting for an appointment could be dangerous, as a friend discovered. A gang of men broke his car window and tried to pull him out. But he managed to turn his ignition on and sped away. He was later informed by the police that there were 3 robberies in that very location that day.

Just about every housing estate is now gated. The guards presumably profile every visitor before they let them in. My sister, mother and I have never been denied entry. But I do wonder what the criteria are.

Crime has become so rampant that even the New York Times has a feature on it: Wave of High-Profile Crimes Has Put Malaysians on the Defensive

It doesn't help that the authorities are so incompetent and ignorant. They start off by denying the problem exists. Then they decide that they will instruct the police to shoot first and ask questions later.

Any criminal will be emboldened, knowing that the men tasked to stop them are not worth the words that come out of their mouths.

But there is another problem: one of poverty that has not been addressed, and needs proper looking into.
By Crankster at 10:49 3 comments:

But it's directed at Najib, who is superb at dealing with foreign media and politicians, but hopeless at dealing with his own countrymen, from his own party to the voters who can't wait to get him and his party out.

I mean, look at how he and Amanpour are cosied up together like BFFs. Seriously. That woman needs a social life. 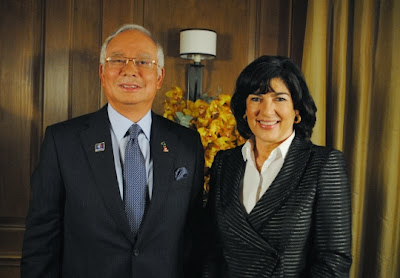 To make matters worse, he claims to be protecting the marginalised. Who? The majority.

Obviously, the minority can take care of themselves, which is why he casts a blind eye at the Penans, who have their homes torn down and their land deforested. And their women raped.

He's too busy taking care of the marginalised majority.

Oh yeah, he sings to the gallery. He says what the western world wants to hear. He waxes lyrical about moderation and the Muslim world.

Dei tamby. The western world isn't voting for you. They really don't give two fags about you. All they want is the oil you can supply and the money you have.

You have never been able to persuade us of your sincerity, because you simply have NONE.
By Crankster at 13:15 2 comments: