The book has become a bestseller amongst Malaysians and even the rest of the world.

BFM went stark, raving crazy and had one of the authors on while spending other moments just gushing about it. Yes, perhaps in this time and age (censorless!) people just want to get it out of their system.

Unauthorised, pirated PDF copies of the book also went viral, which was ironic, because the book is about the kleptomanic tendencies of an insecure, but very privileged fat boy. 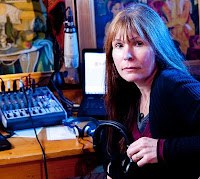 Of course, the authors of the book were no choir boys either; they were supposed to credit their sources, but very conveniently avoided doing so.

Rewcastle-Brown said that Tom Wright said: “Let’s leave out Sarawak Report, you are talking to the big boys now,” when speaking to the intermediary between the source and WSJ writers.

Very naughty. In the interviews, one could get a sense of raw ambition and desire to achieve fame through this book.

You can get it straight from the horse's mouth HERE.
By Crankster at 14:57 No comments:

Email ThisBlogThis!Share to TwitterShare to FacebookShare to Pinterest
Labels: Corruption

Everyone enjoys a good, "I told you so" moment. Not least of all, American media.

Newsweek has come up with an extremely ominous sounding article predicting that THERE COULD BE A FINANCIAL CRASH BEFORE END OF TRUMP'S FIRST TERM.

Even Goldman Sachs (of 1MDB money-laundering complicity) has weighed in on the situation, predicting that this year's U.S. fiscal outlook would be "not good". Well.

Makes you want to sell up all your earthly possessions and go live in a bunker, doesn't it?

The US of A is a land of hype, and has been for the last 50 years since things got going for them, so they struggle with communicating issues in moderation, and they frequently live in a polarised state.

If you've observed them (and not just during election season), you would observe that the Democrats and Republicans even struggle to see eye to eye on almost anything!

Those have skyrocketed from the good ole 60s. Most households today in 2018 do not have any savings set aside for a rainy day, given that a significant portion even live on minimum credit card payment.

This household debt is even higher than the 2008 subprime mortgage lending crisis; that's how serious it is!

Now you may say that this is also common in Malaysia, and I would agree, because another thing we have in common with the US is a massive deficit that will take ages to settle, thanks to the monumental 1MDB fiasco.

The difference is, the new Malaysian government actually appears to be alarmed by this and is taking cautious measures to combat this. The US government on the other hand, is blissfully talking about building a wall, hitting China with tariffs and developing a ridiculous program called Space Force (which given their deficit is just ...)!

I don't see how the US is going to repay its debts. US economic commentator Peter Schiff says, "The U.S. government is going to be given a choice between defaulting on the debt, or else massive runaway inflation."

It is no longer the most technologically advanced nation; it has been overtaken by China. The US, sadly, has been paralysed by complacency and a sense of entitlement.

Its saving grace? Migrants. Thousands from all over the world. But now that Trump makes them feel unwelcome, they will probably up and leave at some point.

They are held back from returning to their native countries because of religious and socio-economic politics (Iran, Iraq, Afghanistan) and lack of progress on the ground (India). Most Chinese migrants have beef with China, as do the Japanese with Japan.

It's a bit arrogant to start predicting when it would happen. Brexit has artificially boosted the US economy because investors have lost confidence in the UK and even EU. So the US unwittingly became a safe haven.

What the investors don't see is China happily wooing the very countries that America, in its infinite wisdom, has snubbed. These include African, Latin American countries and the Caribbean, not to mention the neglected cities of America - like Flint and Detroit.

The US isn't the fortress of economic superiority as it once was. It is no longer the country that was brought to its knees as it staggered through the 1920s Depression - and still emerged triumphant.

Nothing could be more ironic when seen through hindsight.

The financial crash will happen, but I wouldn't bother predicting when.

Email ThisBlogThis!Share to TwitterShare to FacebookShare to Pinterest
Labels: USA

Die Lynas, But Don't Bother To Rest In Peace

Sometimes when time just flies past, it's hard to remember that the Bentong MP, Wong Tack, started out as an activist against Lynas, back in 2012 and even before that.

First they threatened to block Kuantan Port, then they protested a celebration of Australia Day.

If you're going to ask why all that was necessary, you have your answer HERE; brilliantly compiled by Walla.

All that protesting appears to be fruitful as Lynas could possibly be closed down.

The Australian Commissioner to Malaysia calls this closure a 'tragedy'. I know there are a lot of Malaysians who have migrated to Australia for a better life and now call Australia home, but seriously, Australia can go to hell.

Wong Tack does tell them so himself, though in not so many words. "The further threat by the High Commissioner that the closure of Lynas will result in a pullout of Australian investments in Malaysia is an insult to the intelligence and dignity of the Malaysian people."

Does Australia think they are so important to Malaysia? Seriously? Most of the time I don't even remember that Australia exists; they are that insignificant. 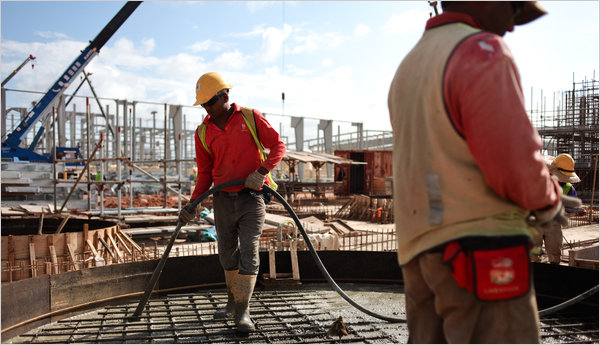 Lynas appears to be a welfare queen, on top of that:

a) They were given tax breaks for 12 years by the previoius regime
b) They have no plans to remove their radioactive waste out of Malaysia
c) They have not even paid up their security deposit of USD50mil.

This shows what levels of greed people can stoop to, firstly the previous Malaysian regime who approved everything without considering the needs of its own citizens, the Australian politicians and then finally corporate Australia for whom Malaysian lives do not matter.

Piss off Lynas, and take Australia with you.
By Crankster at 18:06 No comments: