Malaysians from all walks of life came out again, in support of Himpunan Hijau's protest against Lynas, the rare earth mining company from Australia.

The crowd was spectacular, and I don't think the organisers themselves expected such support.

TheSun reported a crowd of 10,000 but I have since learned to read into MSM reporting.

I hope the government is listening. We don't want Lynas.
By Crankster at 05:17 2 comments:

DAY 12 - GOMBAK The heavy downpour early this morning failed to dampen the spirit of the Himpunan Hijau marchers, who resumed their journey from the outskirt of Kuala Lumpur today as their numbers swelled to about 2,000 people.

It rained since 5am at Taman Rimba, Gombak, where the marchers set up camp the previous night. Nevertheless, the participants pressed on, armed with umbrellas, straw hats and rain coats.

The marchers kicked off their journey at 8.30am with about 500 people in tow, and the number soon multiplied with more joining in when the rain stopped three hours later.

According to Himpunan Hijau Facebook page, the marchers formed a 2km-long line as they walked towards the capital city.

Some vehicles which passed the marchers repeatedly blew their horn as a show of support.

The team reached the Karak Highway's Gombak toll plaza at around 11.30am after walking 10km, where they took a short break, occupying a small lane next to the toll.

They then continued their journey to their next stop - the former PAS headquarters at Taman Melewar, Gombak.

Fifteen kilometres and three and a half hours later, the crowd got there by late afternoon.

They were welcomed with food and drinks prepared by PAS members.

The marchers will stay overnight in the main hall of the building before making their final leg of their long march tomorrow.

Speaking to the press at the toll plaza, Himpunan Hijau chairperson Wong Tack said the organisers decided to kick off today's journey half an hour earlier as the rain would slow down the marchers.

In respond to Kuala Lumpur City Hall's requirement for Himpunan Hijau to apply for permission to camp at Dataran Merdeka - the final destination - Wong (left) insisted that the marchers have the right to gather there.

"They should allow citizens to express their view. After all, that's the real meaning of 'merdeka'," he said, adding that the people are not afraid of potential harassment from the police when they finally get there.

The marchers are scheduled to arrive at the iconic Dataran at 4pm tomorrow, where they hope to hold a meeting with members of parliament the next day.

Wong has requested the parliamentarians to walk to Dataran from Parliament House to meet the marchers at 9am on Monday.

According to him, the final 300 metres would be "too much" for those who have already walked 300km over the past two weeks to get to Kuala Lumpur.

"In fact, 9am is considered late... they can see us at 9pm in the evening (on Sunday). That's a better time as the people can then rest and have a nice evening," he said.

Get up from the wheelchair of fear and Walk! Join The Green Walk Now! Dates and Venues :

Saturday 24/11, 7.00am pagi Taman Rimba: Last leg before the Green Walk enters the concrete jungle of KL: the Green Walk will start off from Saturday 7.00pm Taman Rimba along the old federal road from Bentong to Gombak. You can drive your car to follow the buses departing from Selangor Chinese Assembly Hall at 6.30 am to Taman Rimba. All buses are full. no more buses will be booked since it is not possible to do it at this late stage.

Saturday 24/11, 2.00pm Gombak/UIA (near Gombak toll) The Green Walk enters Kuala Lumpur here. Big welcoming party and Press conference to be held. Bring your voices and music! Selangor NGOs will come. Political parties and MPs will come. You can lead the Green Walkeers into the city here!

Sunday 25/11, 4.00pm petang Dataran Merdeka: We Are Here! Bring your music and cheers! Green Walkers will camp here. Come in numbers. Dato Bandar Kuala Lumpur is waiting for you!

Monday 26/11, 9.00am pagi Dataran Merdeka: PM Najib and all MPs invited to join the Green Walk to receive The Green Demands. The wakil rakyat come to the rakyat this time! The Rakyat will crawl to Parliament no more!

Just a friendly reminder about exercising your right to vote.

As of 4th June 2012, there were 3.65 million unregistered voters -- and Selangor has the highest number of eligible voters who have not registered with the Election Commission (EC), with the figure reaching 600,000.

Shame on you, Selangor! And you consider yourself an urban state.

Are you amongst those eligible but as yet unregistered to vote? Do you know of someone who can but hasn't yet registered?

Seriously, it doesn't take herculean effort to get to the post office and register yourself. I know, because it only took me 10 minutes.

Don't let civil servants talk you out of registering. Or the politically apathetic. If you don't vote, you frankly don't matter to the powers that be.

If you don't vote because you're disappointed with your choices, disgusted by tactics like lying and spin, or merely turned off by the process, you've opted out of the marketplace.

The goal of political marketers isn't to get you to vote. Their goal is to get more votes than the other guy. So they obsess about pleasing those that vote. Everyone else is invisible.

Read the rest HERE because it really is a good piece.

And then go register now and get every unregistered voter you know to do the same, if we are to have a chance for change in the 13th General Election.

And when you're done with that, perhaps a month or two later, you should probably look up this website to check if you've been properly registered.
By Crankster at 14:00 No comments:

Email ThisBlogThis!Share to TwitterShare to FacebookShare to Pinterest
Labels: Elections

The Green Walk -- Kuantan To KL

I've always had tremendous respect for people who stand up for what they believe in.

Wong Tack is one such man.

He has sworn to blockade the port to prevent rare earth coming in from Australia (gaining the attention of even New York Times), and now he has taken up a walk from his hometown in Kuantan to the parliament in KL.

It is no small feat. We are talking about 300KM, and given the Malaysian dependence on cars and the climate that we have, it is quite an extraordinary effort.

He has since been joined by about 80 others.

They are doing well so far.

“It is tiring, but spirits are high and everybody is sharing this energy. We are starting to recover from our initial injuries and our muscles are building up, we can continue stronger,” Wong told FMT.

At this point in time, I don't think it is merely the physical exertion that would be playing on their minds.

It's the mental, emotional and spiritual capacity to go on fighting against an enemy that is far stronger than they are.

An enemy that is very keen on making economical profits of epic proportions and holds strong political sway.

The question playing in their minds right now, would probably be, "Is it worth it?"

I beseech any Malaysian reading this right now, if there is any way you could contribute or give support to this effort, please do.

And share this page with your friends.
By Crankster at 22:14 No comments: 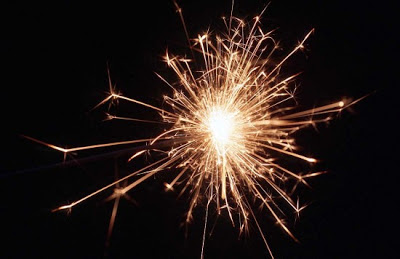 I've always fancied myself as being somewhat quick on the uptake.

But even the smartest of us, miss things that in hindsight are blatantly obvious. Sometimes, it is because we are unwilling to accept reality. We deliberately blind ourselves to the truth.

Seeing the light can be a relief, though at times, it can even be painful.

Others, on various issues of their own, are still struggling.

Do not let those who seek to deceive you succeed. Do not give them the opportunity to ensnare your mind any further.

Be open to the truth.

Forget about the physical achievements and think about that which is spiritual.

Why would you glorify first rate infrastructure when you are bogged down by third world mentality?

We are capable of so much more.

There is a brave new world waiting for Malaysians but it is not in hanging on to the past and the present political leaders whose performance despite the fresh slogans, are banal at best, and who have yet to learn that slogans, spin and lies do not make a nation, least of all a great one.

Malaysia paints an image of being a wealthy, developed and advanced nation to the rest of the world.

But behind that facade lies a sick, convoluted sense of authority. One that has no sense of right and wrong. A self-imposed authority to treat its citizens brutally, to the extent of killing them.

The good people of this nation have finally decided that this must stop.

Thirty NGOs have now formed a coalition called the Gerakan Hentikan Keganasan Kerajaan or also known as the End State Violence coalition and they are going to organise a huge rally in December to make their point.

The launch of this rally will be held as follows:

Go HERE for more details.
By Crankster at 22:30 No comments: