If your new year resolution is to read more, then may I suggest these two books? 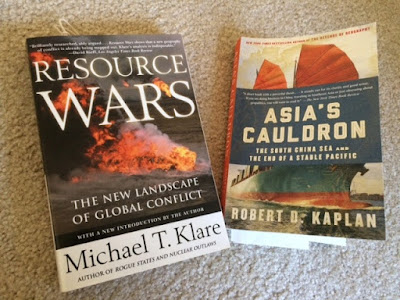 Both books touch on the topic of the South China Sea and the oil that is estimated to be around the Spratly Islands.

Currently, Malaysia plays both the US and China against each other, but China is determined to seize control of the region.

The Chinese are hungry for power and success and perhaps Xi Jinping is just the leader that they need right now.
By Crankster at 07:07 No comments:

The Dictatorship (aka NSC) Bill

Unless you're saddled with a hyper-active toddler and a newborn baby and have thus been too pre-occupied to take notice of political happenings, then you may have heard of the National Security Council Bill that the UMNO government has bulldozed through Parliament. 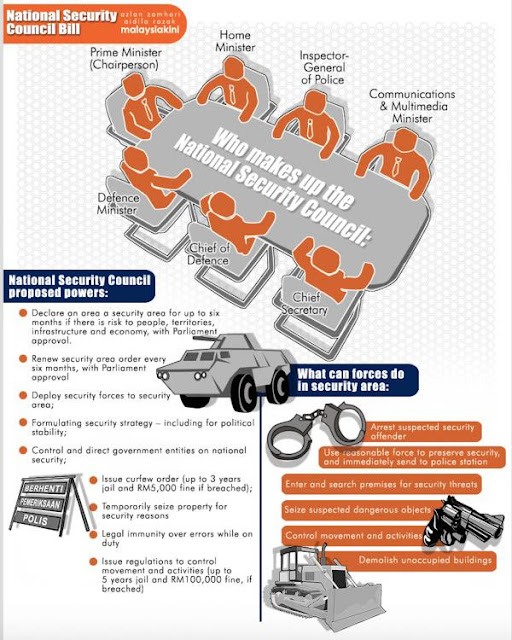 It's a ridiculous piece of legislation.

I am amazed by the amount of power given to the Prime Minister to declare an effective ‘state of emergency’ in what is known/defined as a ‘security area’.

Not to mention the almost limitless power given to security forces, coupled with provisions for the Prime Minister and his favoured minions to acts as dictators in Malaysia.

I think most people are aware that the only reason why this legislation is implemented is to provide its leaders with unsurpassed power to control the country and silence any form of dissent.

This goes hand-in-hand with the "Peaceful Assembly Act" of 2011, which was touted as being "in line with similar laws in the European countries which respect democracy".

What amuses me the most is that Europeans have been relieved of their rights; why we would allow ourselves to sink to those depths is beyond me.

Self-respecting Malaysians protested, of course, but it did nothing to withdraw or rescind that Bill.

That would probably explain why Malaysians have not vehemently protested this NSC Bill.

But it bears keeping in mind; at some point the government will use it against us to keep us subservient to their wishes.