Is Malaysia Complicit In CIA Torture? 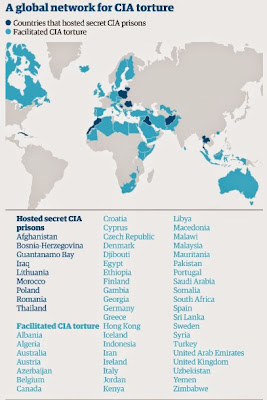 Let me get this straight. Malaysia calls itself a Muslim country.

It claims to uphold the ideals of a peaceful nation. It protests against the brutality of Israel against Palestine.

But Malaysia assists the CIA in torturing not just human beings, but predominantly Muslim people?

Really Malaysia, are you the running dogs of the United States of America?