Free Malaysia Today | A House is Not a Home

By the time this article comes out, a close friend of mine will be getting ready to leave the country. Newlywed and pregnant, she will be joined by her entire family to migrate to Australia after obtaining their permanent resident status they applied for nearly a decade ago.

She isn't the first of my friends to start their lives anew in another country, and she won't be the last. And while they will be terribly missed, can we really blame them for choosing to leave?

Statistics keep showing an increase of Malaysians migrating with each passing year. The brain drain is a true problem in this country, as more and more of our creative and intellectual minds leave, never to return.

Email ThisBlogThis!Share to TwitterShare to FacebookShare to Pinterest
Labels: Migration

I found this website purely by accident as I browsed around looking for mentally stimulating e-books to read.

I am proud to note that a Malaysian has evidently found it important enough to translate. 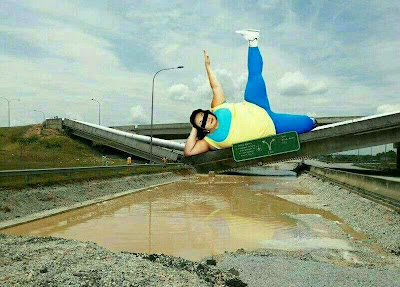 Is anybody listening to what Sabahans want?

Is anybody listening to what Sabahans want?

When speaking of the recent Sabah intrusion incident, many people are trying to relate it only to the bigger picture of the Malaysian government's political issues.

But it is much deeper than that as it has crept into the fabric of the social lives of Sabahans.

I am here talking because I am a Sabahan, and my hometown is Sandakan, which is only few kilometres from where the incidents are taking place.

I am definitely very concerned over the lingering issue of never ending claim by some non-existent sultanate that has no legitimacy at all since the Suluks "lordship" was only valid around 200 years ago.

While the main decisions are being discussed and taking place miles away from across the ocean in the peninsular Malaysia, we the people of North Borneo are all living in a tense situation and in uncertainty on our own soil.

We are not given any right at all to voice our opinions over the matter. We are just like a colony without any power to decide our future, but to simply follow orders from across the ocean.

What we strongly disagree is for other people to change our historical and cultural background.

Yes, historically a small part of North Borneo belonged to the sultan of Sulu, but they have never done anything much to North Borneo in term of developing it.

The sultanate existed around 200 years ago, and it has long been forgotten and no longer recognised anywhere in the world.

They do not have any existing kingdom thus by the international law, any claim from them is no longer valid. Now North Borneo is an independent state, and it is part of Malaysia since the last 50 years.

Malaysia by law has to protect the welfare of the state and the people of North Borneo. And what we want is for Malaysia to once and for all to stop all these illegal claims and intrusions from the non-existent sultanate or any pirates that come to our shore to disturb the peace of our state.

We do not want any more fruitless negotiations which have been going on for years and years since the formation of the Federation of Malaysia.

We are very disappointed with the marines for failing to protect the shore of our state. All those "pirates" should have been stopped at sea, disarmed and sent back to where they belong but instead they were given all kinds of leniency on our soil.

This is not a new issue at all as there has been many illegal entries from those living in the islands of Sulu.

Unfortunately, without the consent of the people of North Borneo, those illegal immigrants have been legitimised by the government of Malaysia.

The social fabric of North Borneo has now been much distorted creating the racial and religious imbalance in our state which are all to the advantage of the federal government.

We, the native people, once the majority group on our own soil have been turned into a minority group due to this legitimisation over the years.

Another complication that arises through this legitimisation is the grabbing of the "special privileges" of the native people.

Understand that all these Suluk immigrants are Muslims, and they are automatically entitled to the special privileges which all Muslims in Malaysia are entitled to.

Our poor native people of Sabah, who are not Muslims, have now become the second class citizens on our own soil.

In other words, those legitimised immigrants with their special advantage of being Muslims, have grabbed every opportunity entitled to the native people of Sabah.

Many have received all kinds of help from the government of Malaysia which has left a smaller piece of pie to the native-born.

In conclusion, had the federal government had the best interest of Sabahans in mind, those pirates would not have an easy access into our soil.

Now the Suluks are having a strong footing on our soil due to the leniency of the federal government during the past 30 years.

The so called '100 gunmen' can easily increase to 1,000 and even 2,000 gunmen because the Suluks have spread themselves into every corner of our state over these long years.

Historically, the Mahathir Mohamad government should be blamed for all the mismanagement of the state of Sabah.

He actively involved himself in the affair of the Palestinians, but failed to settle a similar basic problem of his own subjects.

Mahathir never tried to solve the long-standing problem of this Sabah claim issue, but instead had escalated it to our suffocation. Mahathir is the main devil here, all due to his hunger for power as premier for 22 long years. 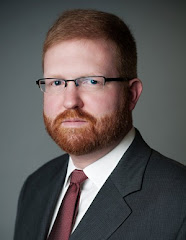 Josh Treviño is an American conservative political commentator who lost his column in the Guardian newspaper after allegations that his journalism wasn't exactly above board and that he was under the payroll of the Malaysian government to defame Anwar Ibrahim.

Since then, Josh Treviño has denied being a journalist, claiming instead that he was a PR man who "ran a loose operation" -- basically in having other writers also muddy the waters when it came to issues concerning Malaysian Opposition.

He rejected accusations that his actions had broken any rules of journalism. “I’m not a journalist and never was,” Treviño wrote. “That’s a pretty key distinction. What most PR does is comment/opinion.”

Fair enough. It happens all over the world, especially in the United States of America, which is where he hails from. In fact, a lot of American foreign policy came to pass based on pressure from lobbyists (often lawyers or PR specialists who are paid to promote a particular cause).

Many Malaysians complain about the USA being very "pro-Israel". What they do not realize is that American policies have been affected in the very same way that Malaysian policies are made and the way the world views Malaysia -- via paid influence and propaganda.

Lesson to be learned: People in glass houses should not throw stones.

Especially that the RM1.2 million (or US$389,724.70) that was paid to Josh Treviño probably came from the tax payer as UMNO regularly uses national coffers as its personal piggy bank. Lucius Goon points this out as well.

However, it is apparent that Treviño was treading the fine line between PR and journalism in his shady of definitions of what exactly he does. Huffington Post, following in the Guardian's footsteps, albeit much later, has since removed most of his postings, "after it was revealed that the author violated HuffPost’s blogger guidelines by not disclosing a financial conflict of interest"

Ah yes. I would imagine that US$389,724.70 is a significant financial conflict of interest.

This amount was paid to him, presumably via FBC Media, APCO Worldwide and David All Group (which I've personally not heard or blogged of prior to this mention) from the Malaysian government and the Prime Minister’s Office.

At this point, I'm wondering how much these PR companies have been paid by UMNO. It would certainly be a darn sight more.

I can't say I'm a huge fan of Anwar Ibrahim. But it does irritate me when money is used for no good purpose other than to defame a person.

Related:
1. Paid to blog: Josh Trevino’s MR26,300 a month - Uppercaise
2. Shilling for Malaysia Is Pretty Nice Work If You Can Get It - New York Magazine
3. Friends of Malaysia - The Maddow Blog (MSNBC)
By Crankster at 05:00 2 comments: