Back in February and March of 2008, I did a series of blogposts about bloggers who were running for election.

I wasn't the only blogger participating, but our collective efforts, from blogging to campaigning, certainly cranked up the political machinery. 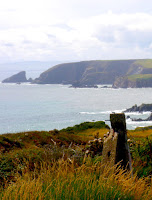 That was a whole 11 years ago, and needless to say, things have changed since.

This year, I am going to do a new series on Malaysian start-ups - I will not be paid a single sen, but I think the rest of you folks need to get to know our fellow Malaysians better.

I was reading a fair bit about business opportunities in Malaysia when I came across this piece by a seed stage venture capital firm called 500 Startups.

They are currently on their second fund called Durian II and boast of having invested in 119 start-ups in South East Asia.

This what they say of this region:

Beyond spending money well, there’s something people tend to forget. Southeast Asia’s new generation of founders hail from a variety of backgrounds: existing industry experts, foreigners, and local talent coming home from experiences overseas. Binding the social fabric between them is crucial for a self-generating ecosystem.

This talent is not going far if the masses aren't recognising and supporting it. It's interesting to note how we have evolved:

We may have turds like Najib who give us a bad name, but it appears that the rest of us South East Asians are more educated and have a lot more disposal income than the previous generations. Some of us even come with a conscience. We may as well do useful things with those advantages.

A lot of the start-ups deal with connecting people, correcting social difficulties, and providing good quality to its users.

This won't be the only thing I am going to blog about, but I think you'd enjoy it.

Oh, and if you do know of a really good start-up that deserves a shout-out, drop me a comment.
By Crankster at 18:29 No comments: 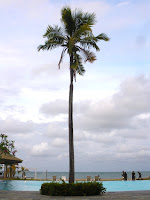 It's well into 2019 now; some things have changed and some haven't.

We have very recently had a new Agong installed, the one from Pahang replacing the one from Kelantan, who was the subject of some salacious gossip as photos abounded of his wedding but no one in authority would confirm it.

Malaysia is also trying to change the world's perception of it as being corrupt.

After having lived abroad for years on end, I have come to recognise that just about every country on this planet, no matter how well they cultivate their reputation for integrity, has some form of systemic corruption.

But it would really help, if Malaysia did not take kick-backs from defence projects, if the cops did not take 'duit kopi' from the people they pulled over for speeding, and if the people in positions of authority like judges and law enforcement did not align themselves with political parties.

Of course, it would be much easier to convince the world of our integrity if we had never had the 1MDB scandal in the first place.

On another note, Malaysia appears to be looking into some form of collaboration with Qatar for its third national car.

Most Malaysians think that this is an exercise is flogging a dead horse and really have no desire to see yet another failed project with protectionist tariffs which needlessly hike up car prices.

I blogged about it back in July last year, and my opinion of the situation hasn't changed since.

Another protectionist policy that is being reviewed is the expatriate wage threshold where the number of foreigners earning between RM3000 to RM5000 are going to be reduced, as this range is deemed to be for locals.

I am, of course, puzzled, as to why highly-paid jobs are reserved for the foreigners. Of course, there is a bit of backpedalling and some waffling too.

Meanwhile, Kulasegaran said that last year, a total of 480 Malaysian professionals returned to Malaysia last year under the Returning Expert Programme (REP), which he attributed to the change in government.

He said applications for REP - facilitates the return of Malaysian professionals from abroad to overcome the shortage of professional and technical talent - saw a 20 per cent increase in 2018.

“There are about one million Malaysians living abroad and we are working on ways to encourage them to come back home,” he added.

Factors that encouraged Malaysians to stay or work abroad, he said, were exposure, connections and a substantially better income.

“According to the World Bank, many Malaysians living abroad are highly skilled. About 150,000 Malaysians who are living in European, the United States and Canada (OECD) countries completed their higher education studies.

The downside of living in the country in which one was born, especially Malaysia, is that people take you for granted.

I have lost count of the number of disappointed Malaysians who came back from abroad only to be taken lightly by Malaysian employers. These were people who were highly respected abroad, and their skills and opinions highly sought after.

It's not just government policies that are important, but a change to the biased and discriminatory mindset of Malaysians as well.

This new government may have some plans for change, but most Malaysians are neither holding our collective breaths, nor are we putting our lives on the line. If change does come, it will not merely be for the good of the select few, but for the many.