Silence Is Not Always Golden

They say silence is golden. Most of the time it's true. After all, a lot of people open their mouth and get into trouble because of what they say.

But sometimes what the world needs is for people to get off their couch and voice their opinion for everyone to hear.

One pretty glaring aspect is the subject of refugees.

Now, no one really needs refugees - certainly not anywhere in Asia where the population is high enough as it is.

Bear in mind, honest, hard-working, tax-paying citizens are the ones who are forking out the expenses to feed and shelter a refugee.

I can fully understand why the Australians are anxious to get rid of their refugees, especially the trouble-makers.

The question is, how did we get to the stage where there are so many refugees? I was trolling the web and most refugees are from Bosnia-Herzegovina, Myanmar, Sri Lanka, Nepal, Bhutan, China and Afghanistan.

On one side of the coin, it is not fair for the host country to bear these expenses, but on the other side, how many people become refugees for the fun of it? The journey is treacherous, the new surroundings unfamiliar and unpleasant. 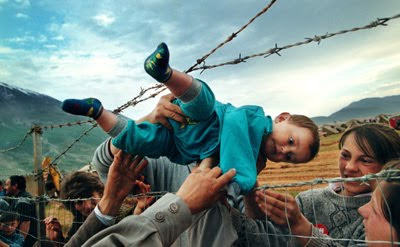 Something drastic must have caused these people to flee their homeland.

Often it is war. Sometimes it is the tyranny of the tin-pot dictators. People don't become refugees in search of a better lifestyle; they become refugees because they have no other choice.

If we collectively spoke up against the tyrants that make these people run away, and get them to behave, then maybe there would be less people fleeing their homeland.

If we controlled our very own village idiots -- the tin-pot dictators who try to rule our country without our consensus -- then we wouldn't have to run away some day.
By Crankster at 10:25

Email ThisBlogThis!Share to TwitterShare to FacebookShare to Pinterest
Labels: Refugees

Damn right, Crankster! Nobody becomes a refugee for the fun of it!

Antares - somehow a lot of people don't get that. They think it is about coming to have a better lifestyle.

Instead of getting frustrated about the influx of people coming into their country, these governments ought to step in when there is injustice, so that people do not flee because of it.