Antares has an excellent piece over at MAGICK RIVER entitled Chief Rosy Lips, no use flogging a dead horse, catch a bus!

It was written over three years ago, but is still relevant today.

Well. According to the news, Malaysia is keen to emulate the United Kingdom (UK) in the management of its National Security Council.

Now the UK has one of the highest number of public cameras in the world. Wherever you go on the streets, you're probably being watched. The UK was intending on buying water cannons to use on protestors in London. It's moving towards 1984, if you know what I mean. 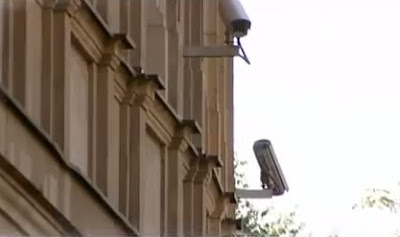 The irony is that the UK is where Eric Blair, better known as George Orwell, came from.

And Malaysia wants to "toughen up" on security. Now, if you are aware of Orwellian speak, you would know how backward a step like that could be.

Remarkably, the Brits haven't been as vocal as I would have expected.

I think most of us are aware of how nefarious our government has been. We need to bring this government to account, but more importantly, we need to guard against it worsening.
By Crankster at 05:02