Birth Pains Of A Civilisation

A friend sent me a very interesting article: The Fall of the Great Wall - self-evidently about the recent Chinese woes.

I must say that I enjoyed reading it with select phrases having me double over in laughter!

The Chinese, like much of the world, are a highly diverse bunch. Some are loyal to The Party and some wish to maintain their independence. Rightly so, though not all of their approaches are necessarily wise.

I have seen the signs where the HKers have been imploring Trump to come and liberate them from the Chinese - and cringed. Most Sinophiles look upon these youngsters and curse them for their approach. However, while some of them (against better judgment) may have had positive opinions of Trump, I think it is mainly a way for them to kick the Communist Party and Uncle Xi where it hurts the most.

It’s worked - for now at least! So I am actually cheering for them. I see this as being similar to the Industrial Revolution in the West, where lower-class European people (and most popularly, the British) were sent to work in mines and sweatshops. They eventually protested, formed unions, created Human Rights acts, insisted on the right to vote (firstly for the common man, and then to include women), fought for equality and made their countries so liveable and equitable, that for at least six decades now, Asian people view living in Europe (and by extension America, Canada and Australia) as a symbol of success. Heck, they even see white models in Asian commercials and think that the product must be superior to others because of that white connection!!

So it’s hard to remember that life was all about slavery and class back in the 17th and 18th century Britain, Spain, Netherlands, Portugal, France, Germany, Belgium etc. Do you think young sailors really wanted to leave their wives and girlfriends and/or children to go off spice-hunting in uncharted waters? Do you think miners really enjoyed not seeing any sunshine for years of their lives? Many of them even died of hazardous material-related diseases. But what is never spoken or mentioned today is that the average Briton enjoys this level of success because of the suffering of his ancestors.

And so it will be with China. 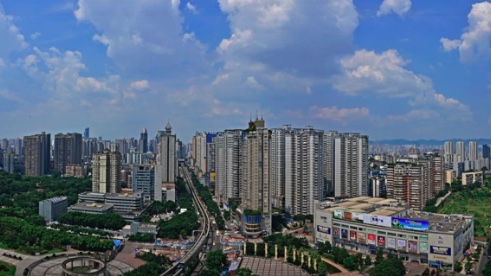 China, the great behemoth that exploits its people, subdues its dissenters, and imprisons opposition. It will one day be whipped into shape by its people; the very people who finally have had enough, who finally rise up to say No More. Those 450mil who live in abject poverty will aspire for a brighter future, and indeed, their children will see social mobility.

The writer of the article does seem to pay a lot of attention to the loud-mouth Americans - I don’t know why. The fact that they have elected someone so devoid of common sense, self-esteem and leadership ability should suggest that they are floundering, mired deep in the quicksand of a declining civilisation. Unfortunately, Britain appears to be following suit as well.

I am torn over the notions of equality and freedom. Milton Friedman, who said, “The society that puts equality before freedom will end up with neither. The society that puts freedom before equality will end up with a great measure of both,” has young non-Western go-getters in mind, because if it wasn’t for the freedom of meritocracy to import smart young people to enhance the nation’s intellectual firepower, they would be obliged to treat every Western person as equal and pay everyone the same despite different levels of effort and capability. And there would be no reason for Britain, Australia, Canada or America to take in talented people. That sort of approach never served any nation well, as Communism may have taught us, though it is evident that Capitalism (in America) or Classism (in Russia, think Leo Tolstoy etc) are no better.

The problem with this freedom is that it also enables oligarchs to abuse the system and enrich themselves further. Oligarchs frequently buy their politicians and have them make laws in their favour. Remember, America is all about freedom and liberty as long as things go their way. Hence, their meddling in other nations’ politics, be it South American countries, or Iran (back in the 1960s to 1970s), or Vietnam (in the 1970s) or Iraq (in 2007), or even Cambodia (Pol Pot means Political Potential; it’s not his real name). If America saw every other nation on the planet as being equal to them, perhaps they would be disinclined to meddle in their private affairs.

For the same reason, I am against the One Belt Initiative, because it is a speciously benign initiative, when in reality, it’s a plan for China to effectively colonise foreign countries. The author thinks that America would shy away from a military war because it would have the presence of mind to know that it was mutually assured destruction. I, personally, have my reservations.

I can think of another western but Asian civilisation: sometime in 600BC, the Persians went to war with the Greeks because the Greeks were refusing to kow tow to Persia. It took 3 wars, but the Greek civilisation emerged and became the cornerstone of modern philosophy. The Romans followed this trend, though it was a long time before the rest of Europe roused itself and decided to stand up. So I can’t say that western rule is an aberration to historical norms. China and India are big nations because people flocked to live in the then prosperous regions of the world.

I will also have to respectfully disagree with the disturbances in Tibet, Xinjiang, Taiwan and Hong Kong being described as “problematic” for China, as they are but the birthing pains of a juggernaut. And if these issues remain unresolved, China will never become a legitimate civilisation that will earn the respect of the world.

China may have all the technology and wealth at its disposal but unless it resolves its human rights, no one will want to be a part of it. Don’t believe me? Look at Saudi Arabia and the wealthy Middle East.
By Crankster at 11:30

Oh wow, that was certainly long-winded of you....