It started out as a small group at around 10:30am, just outside Maju Junction.

The cops were not in the vicinity as they were waiting at the Chow Kit monorail, the original gathering spot. 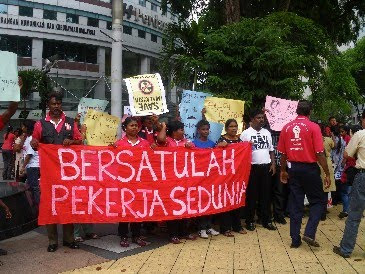 Most of the protestors had banners and placards. The gathering wasn't limited just to Malaysians. A small number of foreigners were there, mostly spectators, perhaps. 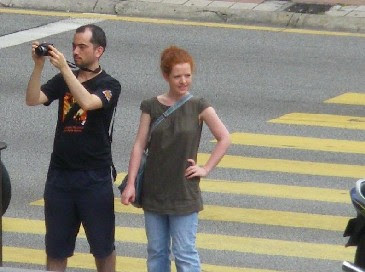 But then the crowd suddenly grew into a huge mass of people. At all times, there was peace and order.

This crowd was far bigger than the one last year. 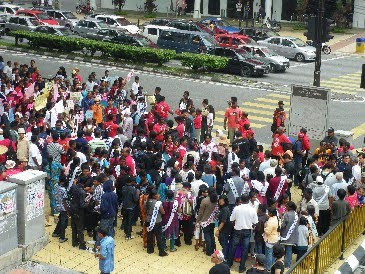 Eventually, the cops caught on. The traffic police and his counterpart look on in consternation. 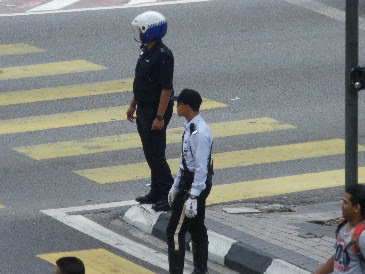 But of course, they alerted their team, and very soon, the blue squad arrived in huge numbers. 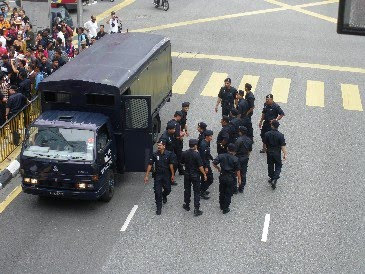 The obligatory arrests were made, even though no laws were broken. 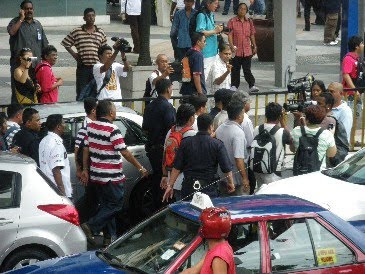 Apparently, at least 14 people were taken in. This man is one of them, who was made to sit in the truck for quite a long time. 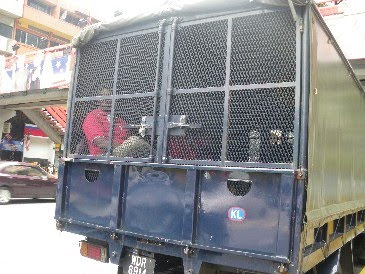 But the rally went on. There was a sit-in. And people displayed their banners.

"TO HELL WITH THE CAPITALISTS!" this one says. 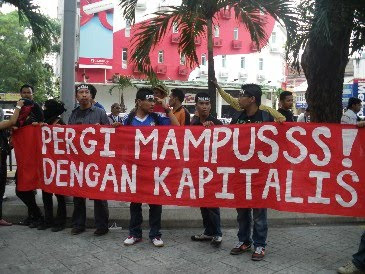 This one claims that, "IF JOBS WERE SO EASY, THE RICH WOULD KEEP THEM FOR THEMSELVES." 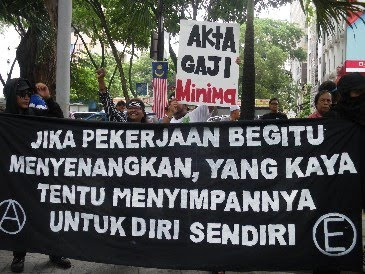 Oh yes, it was a very socialist crowd over there :-)

The sobering truth, however, is that the prices of goods are going up, but not the wages. For these folks, there is no minimum wage to protect their well-being.

As I drive in my nice, foreign-made car, I cannot help but feel sympathy for those who must struggle to make ends meet.

I think perhaps even the cops can identify with the need for implementing minimum wages, for they were nowhere as brutal as they have been for other protests.
By Crankster at 14:43

Email ThisBlogThis!Share to TwitterShare to FacebookShare to Pinterest
Labels: Demonstrations

You learned your lesson well, Crank.

Found a high point to snap the pics eh.

And from Noam Chomsky:

The two that you assumed were foreigners are actually a Malaysian lecturer at Monash and an employee of Women's Aid Organisation who is a resident in Malaysia.