This piece of "journalism" is a disaster of cataclysmic proportions (pun intended). 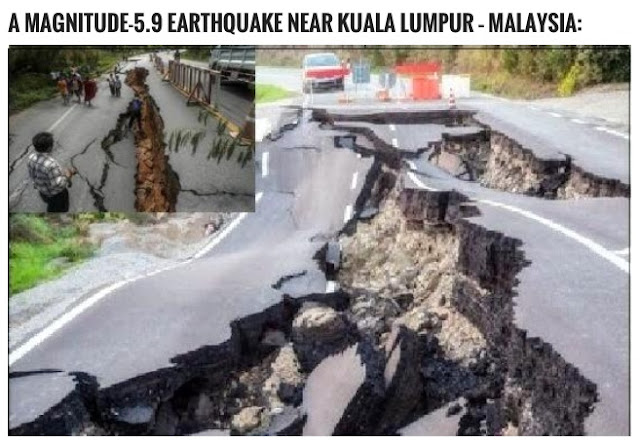 Firstly, the earthquake that occurred in Sabah is about some thousand miles away from the capital, Kuala Lumpur. In fact, it is even separated by the Banjaran Titiwangsa (Titiwangsa Range) and the South China Sea.

The truth is, Sabah is closer to the Philippines and Indonesia than it is to Kuala Lumpur!

That being said, I am pleasantly surprised to see that Malaysians from all over the country are taking an interest in the developments instead of dismissing it as an incident in a place far, far away.

The second issue I have with the article above is that the picture is not even from Malaysia, much less of the Sabah earthquake.

There are loads of fake photos floating about - originally from previously earthquakes that have occurred in Nepal, Myanmar, Thailand.

It is sad to know that people have died, but we don't need to sensationalise it.
By Crankster at 01:13

Email ThisBlogThis!Share to TwitterShare to FacebookShare to Pinterest
Labels: Sabah